Disclaimer: Star Trek was created by Gene Roddenberry and is owned by Paramount Pictures

I make no gold-pressed latinum from my fanfic/fanart/fanfunnies

{Scroll down for Data and Lore sories}

{Lore is mentioned in some of these}

IF I ONLY HAD A HEART - Data finds someone special - (My very first Trek fic!  - Formerly entitled A Cruel Universe)

BEYOND THE DAWN - Ihat from the episode "Masks" has an adventure - Featured in Data Entries 42, June 1999

{Most feature Data as well}

A BROTHER'S ANGUISH - Lore comes for revenge but gets much more

FAMILY - An alternate Universe Lal comes to find her father.

WE FOUND SOMETHING - The Pakleds find something interesting

THE GOLDEN MAN - AU - Lore escapes the Federation after the Borg incident and finds a primitive world.

ODE TO LORE - Data's poem to his brother

TWO OF A KIND - Lore meets someone special - Formerly entitled - Keeping your Head Above Water - Featured in Data Entries 37, March, 1998

BROTHER'S KEEPER:  A LORE UNTOLD - Lore novel first draft.  Finally finished after 11 years!!!   YAY!!!   Lore returns, falls in love and undergoes a Federation trial for his past actions and delves deeply into his past.   {Includes costume Pics} - RECENTLY EDITED

A LORE UNTOLD - Lore novel {Version 2 - very different concept} - Data accesses Lore's memories which he retrieved from Lore's damaged brain, and from Lore's past and memories, Data gains insights into his brother he never knew.  Lore does not return in this version.   {Sent to Pocket Books, very sadly rejected :*( -  Recently ediIted and updated.

INTO THE LIGHT - Lore's voyage in the afterlife, inspired by Julie Evans' fantastic Lore fanfic Waiting

OVER THE LIMIT -  Hilarious TNG parody  {My first EVER parody} ...

YOU'LL GET A BUZZ OUTTA THIS - 'Buzz' the entity that possessed Data in the episode Power Play returns.

DECENT - A decent parody on that godawful two-parter of which shall not be named.  Published in Lore and Disorder fanzine, 1996.

QUEST FOR A NEXT GENERATION - After TNG wrapped up ...

REVENGE - Lore finally gets his revenge ...

STAR TREK: THE NEXT VOYAGE TO DEEP SPACE - A parody on every TNG episode, Trek movie (Up to Nemesis) and book up to #46

THE CHILD - A poem about Lore as a child

FREEDOM - A poem about Lore's freedom

IF ONLY YOU TRY - A poem to urge Lore to try

REBIRTH - A poem about Lore's rebirth

THE LORES OF ROBOTICS

LORE IN THE NEWS!

THE SOUND OF STAR TREK - A song parody

LORE OF THE ROSES

UNIVERSAL LORE - An essay on Lore

EPISODE REVIEWS - Reviews of DataLore, Brothers and that other episode.   We do not speak its name. 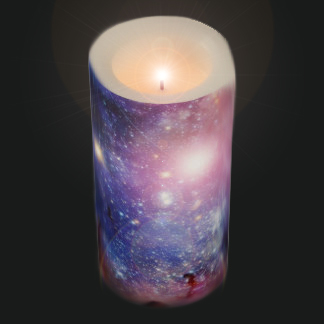